The Belly of the Beast 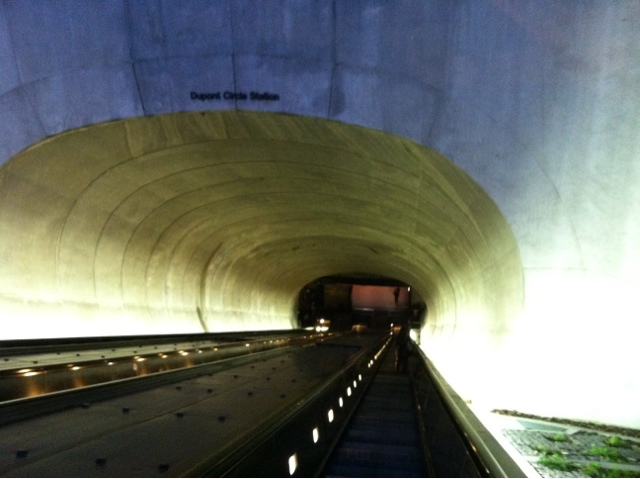 This is the Q Street Exit at Dupont Circle, one of the longest escalators in DC, and, yes, people in DC really do keep track of these things.
Posted by lorinb79 at 10:19 PM 2 comments:

And Another from the Outside 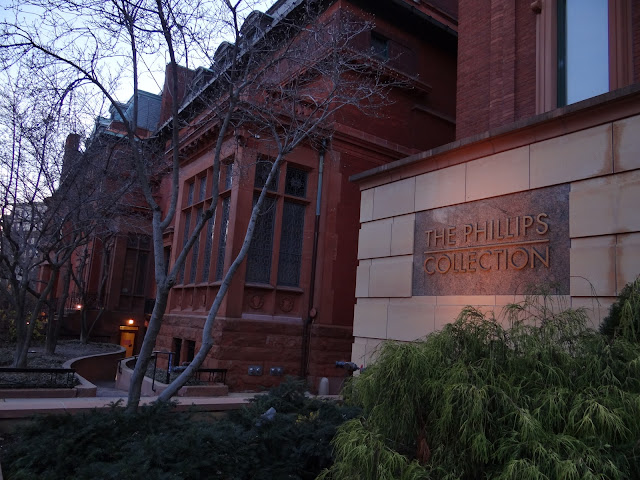 Remember a couple of weeks ago when I visited the Phillips Collection? This is a view from the outside of one of one of the best collections of Impressionist and modern art in the world, featuring Renoir, Van Gogh, Picasso, Matisse, Braque, and more, in a long winding mansion.
Posted by lorinb79 at 3:07 PM 1 comment: 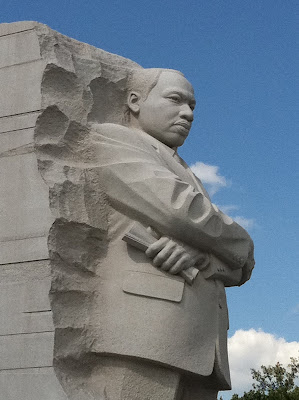 This is cheating just a little, since I posted this picture already back in August, but I felt it was still appropriate, and I didn't want to miss the chance to pay a tiny tribute to Dr. Martin Luther King, Jr.

The Center of the Cosmos 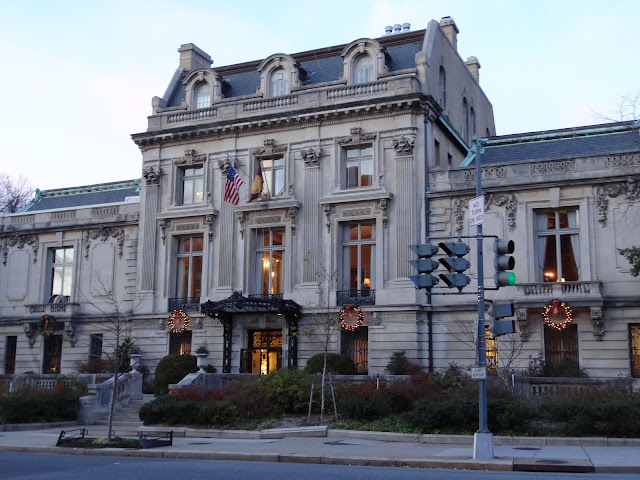 Just down the street from the monument to Gandhi is the elaborate Cosmos Club, probably the most historic and exclusive social club in DC.  Presidents are members, as are Nobel Laureates. Established in the 1870s, the Cosmos Club has been a meeting place for Washington (and international) elite for nearly a century and a half.  There's a lot of mythology surrounding the club, as there often is anywhere where there's an air of exclusion.  It's hard, especially in today's environment, not to look at such institutions derisively, wondering how unattached the members must be from the average American's reality.  But if we, god forbid, where to set aside cynicism for a moment, it's just as difficult to resist romanticizing the era that gave birth to such architecture, that gave birth to the Cosmos.  Sure, we could look at it as an urbanized country club, designed to keep out riffraff like the working class, racial minorities, or those pesky suffragettes--women weren't allowed membership until 1988.  On the other hand, we could see it as one of those Gilded Age London Clubs where Ernest Worthing would retreat to dine and smoke cigarettes with Algernon Moncrieff.  The truth probably lies somewhere between the two extremes, but the truth itself is enough to whip up the imagination.  Even if you don't entirely buy the club's official idealizations that sweep unpleasant realities under the rug, this is still the place, according the club's website, where scientists met in secret to discuss the Manhattan Project, and it's where Rudyard Kipling sat in awe as Teddy Roosevelt held a crowded room's attention.  And it may very well be a place where, even today, scientists and poets debate philosophy and politics.  I like to imagine that such a place really exists.
Posted by lorinb79 at 10:35 PM 5 comments: 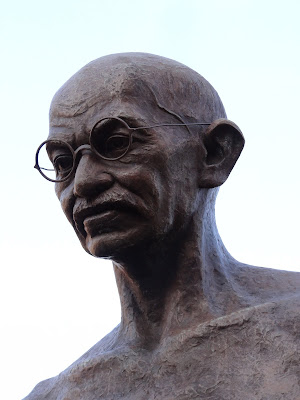 Happy New Year!! Have you made your resolutions yet?  Have you broken all your resolutions yet?  This year, one of my resolutions is to be an active participant for causes I support, not just engaged from the sidelines, where you can often find me, camera and pen in hand, documenting whilst ranting.  But if you want to help people, you can't just rant the change you want to see in the world, though, I wholeheartedly believe in the power of words, written or oral, to absolutely change the course of events.  But if you don't have that kind of platform for speech, you have to get your hands a little dirty, getting involved with your community, engaged with issues, participating in the process.

No matter what your resolutions are for 2012, who better to remind us of the power of single human than Mohandas Gandhi?  Over the course of decades, Gandhi became the figure head of the Indian independence, protesting the brutal colonial occupation and  unreasonable taxes levied by Britain. His people called him Mohatma, the great soul, because of his strength in the face of adversity, walking across hundreds of miles, leading strikes and hunger strikes, and enduring years of imprisonment.  And when he could do nothing else, Gandhi simply was the change he wished to see in the world. This statue, located in Dupont Circle neighbor, amongst the world's embassies, was, according to the plaque, a gift from the people of India and Indian Americans.  Also engraved on the plaque is a quote from Albert Einstein on Gandhi's seventieth birthday: "Generations to come, it may be, will scarce believe that such a one as this ever in flesh and blood walked upon this earth." 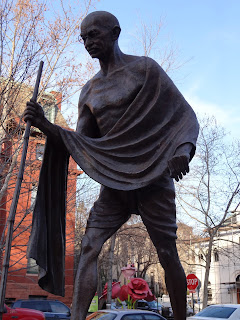 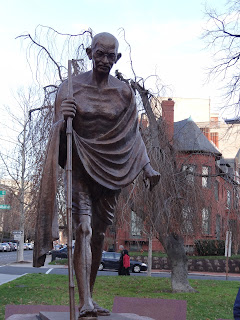 lorinb79
Meandering through DC, life, and the breadth of literary and cultural studies. And blogging about it.